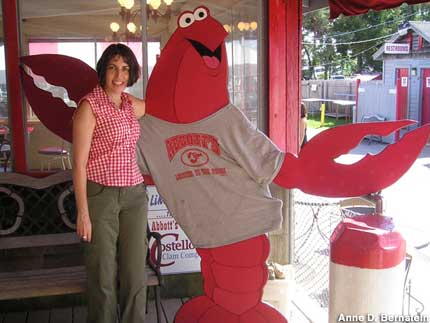 We were terribly saddened to lose a member of our creative family yesterday — Anne D. Bernstein — after a lengthy illness.

Anne was a gifted illustrator and writer. We’d been friends since she was fresh out of the School of Visual Arts in the 1980s. Anne became part of a collective of humorists, cartoonists, and quirky characters who found each other in NYC. We were in Chucklehead together, a tight-knit group that blended live comedy performance with short videos (1984-’91). She wrote hilarious sketches, and designed wildly creative props — her giant shrimp costume and puppets still haunt our dreams. 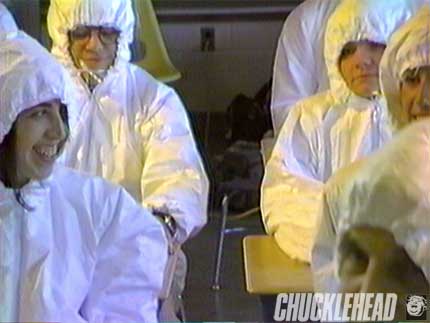 Anne went on to be a successful animation writer, story and magazine editor (IMDB Filmography). She’s warmly regarded for her work on the animated series “Daria,” MTV Downtown, and for her support throughout for female artists and writers.

Anne also loved road trips, and accompanied us on some of Roadside America’s early explorations of NJ/NY attractions; decades later we persuaded her to pen insights for our blog on NY city attractions (where she lived; we were still in the ‘burbs) and arcane topics (“Hey Anne, how does black light even work?” Let’s Go Day Glow).

Anne shared our sense of humor and curiosity about the world. We will truly miss her energy and her laughter. 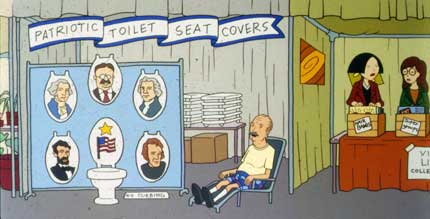 2000: a nod to roadside toilet seat artists in a Daria episode.