The subterranean redoubt of Organ Cave in West Virginia has always been more than just another hole in the ground. For a time it advertised itself as an “ark of safety” from nuclear bomb blasts (A role that was later filled elsewhere in West Virginia). 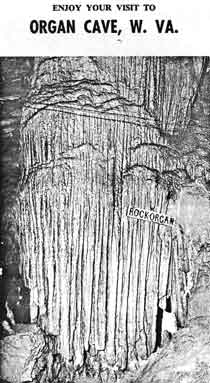 Although the Cold War is now history, the cave itself might not be safe from 21st century local politics and outside developers.

According to this petition, the town of Ronceverte, which is four miles away, has “annexed” the land directly over the cave so that some non-local property owners can build a subdivision on it. The petition calls the cave “an ecologically sensitive and historic landmark” and notes that “During the excavation process, the upper caves were punctured and filled in.”

“Annexation without an Election,” the petition continues, “undermines the rights of citizens of a democratic society by removing their inalienable rights as land owners and voters as laid out in the U.S. Constitution and Bill of Rights.”

Wow. We’re against anyone who punctures a cave (except to install an elevator), but this sounds as if it should go all the way to the Supreme Court. Organ Cave, known for its giant sloth skeleton and effeminate soldier dummies, may become a watershed in Constitutional law.

Organ Cave’s entrance owners want to preserve it as a commercial cave attraction, but they may have to make up their minds about what they’re protecting. They say that the cave was formed from “rocks averaging 300-500 million years old,” but then add that, “We feel that the cave was created by Noah’s flood.  We believe the world to be no more than 6,000 years old.”

[Thanks to GerbilsOnToast for the tip!]