« Everyone Gets a Hall of Fame | Main | Shutterbugs: Watch Where You Point That Thing » 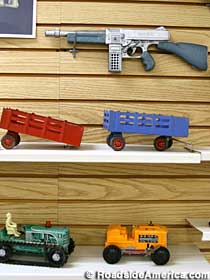 A shocking story in the Erie Times-News on April 1 — which doesn’t appear to be a prank — relates that the Marx Toy Museum in Erie, Pennsylvania, will be closing its doors forever on April 13. Problems cited in the article include a lack of money from the city, and the rarified ages of the volunteers who run the place.

Remember: these were the adults who built toys for kids who are now nearing retirement age. Betty Portenier, one of the Museum’s co-founders, is 87. In the story she expresses her feelings toward the museum. “I love it, but I am getting kind of old to crawl around in those (display) cases.” The article notes that one suggestion, that the museum donate its collection to another local venue, has been unanimously rejected by the staff. 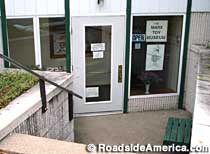 “We want to keep this a Marx museum,” says Marion Rogers-Fitzreiter in the article. She is the other co-founder of the Museum, and she’s 91.