Palace On A Budget: No Bread For Corn 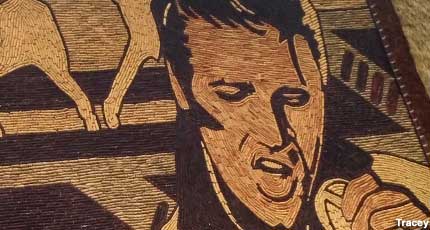 Tourists who visit South Dakota’s Mitchell Corn Palace in 2017 may notice something familiar: the same outdoor Corn Palace murals that decorated the building in 2016.

For nearly 70 years the Corn Palace has filled its outside walls with large murals made of corn, each year tearing down the previous year’s artwork to replace it with something new. But this year, to cut costs, the murals that were new in the beginning of 2016 will be held over until the end of 2017.

Mitchell’s mayor and town council figured that few tourists would notice, since tourists rarely visit the Corn Palace two years in a row. What they didn’t count on was the amount of corn carnage inflicted on the murals by winter weather and hungry birds. And, unwisely, the murals they chose to carry over from 2016 depict well-known pop icons such as Willie Nelson. Maybe only a handful of visitors would have cared about a pockmarked leaf or a freckled buffalo, but everyone notices the ravaged face of Elvis.

In a news story in the Mitchell Republic, the Corn Palace director describes the mural damage as “worse than what I expected,” and quotes a dissenting councilman as saying, “I just think we made a mistake here, I really do.” And this is only February.

Will Michael Jackson have any skin left by July? Will John Travolta be disco dancing naked on Labor Day? 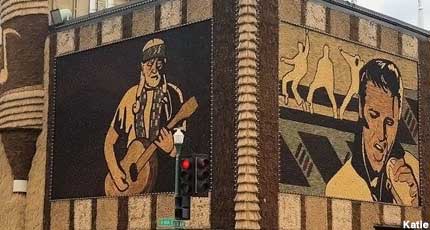 Sections: Attraction News Comments Off on Palace On A Budget: No Bread For Corn