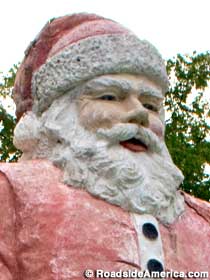 A recent swing through southern Indiana put us in the adjacent communities of Lincoln City — home of the Bronzed Foundation of Abraham Lincoln’s Boyhood Home — and Santa Claus. The physical proximity of two towns built around two triple-A American deities made us wonder. Is it mere coincidence? Aside from Lincoln and Santa’s eating disorders and their beards (and ignoring that Abe had to be told to grow one) are there other remarkable similarities they share?

There are. We cannot say if they will spawn any combined attractions, but perhaps Holiday World will at least install fat man/thin man Santa/Lincoln fun house mirrors. 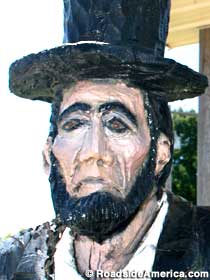 Sections: Rants Comments Off on Amazing Similarities Between Lincoln and Santa Claus