If you’re a fan of DC Multiverse, the novels of Harry Turtledove, or of Captain Kirk going back in time to fix the future, then you know how messy Alternate History can be. 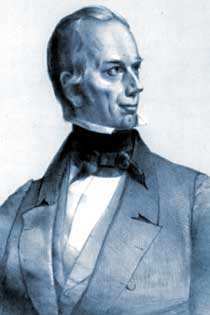 And when that Alternate History involves swapping in someone new as President — gangway for chaos and mayhem!

Until the magical day that we find a handy, commuting-distance wormhole, we’ll never really know what would have happened had, say, Al Gore won the 2000 election instead of George W. Bush. But, barring belated enshrinement (beyond a couple of wind turbine plaques),  it’s near certain that Bush will have many more stops on the tourist landmark map than Gore ever will.

Attraction disparity is a cruel and inconvenient truth, the final blow to those who tried and failed to make The White House their home.

That struck us as unfair. After all, some presidential losers are just as memorable as those who won. So when we created the Roadside Presidents app for the iPhone, we added the presidential wannabes who we judged to be worth another look — those who came oh-so-close to the Oval Office, or who seemed best suited to send the Alternate History world topsy-turvy had they been swept into power rather than their opponents. 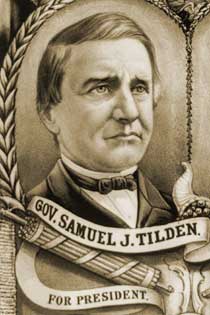 There’s stratification even among the also-rans. Political superstars-of-their-day such as Huey Long, Henry Clay, and William Jennings Bryan had supporters who erected multiple statues and monuments to mark their passing, letting us Future Americans know those guys didn’t really need to be President to be famous.

Other losers are not nearly as well represented, but still have name recognition among American history geeks: Samuel Tilden (the Al Gore of his day), Eugene Debs (labor leader and general hellraiser), Victoria Woodhull (maverick woman and rumored advocate of Free Love) — and John Hanson, who has the single most devoted fan of any almost-President.

As usual, we have a special soft spot for the wannabes who are most in need of a dusting. Hannibal Hamlin and Henry Wallace were VPs dumped from office mere weeks before their former bosses died. Benjamin Wade would have been President if only one more Senator had voted to impeach Andrew Johnson. Kids would be memorizing the world-wrenching accomplishments of President “Boozy” Brown if Horace Greeley — who died days after the election — had won. Frank O. Lowden came so close that the sign at his birthplace labels him “Almost a President.” David Rice Atchison, unique among this group, actually did become President — but it was only for one day, and no one remembers it except for his hometown.

Some of these Commanders in Grief are immortalized in statues, some have markers, most rest undisturbed under tombstones — but they all left something that we can visit. And we should. After all, absent that wormhole, we all have something in common; we’ll never become President either.