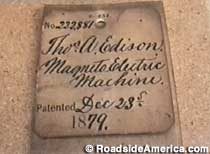 A story in the Beacon Journal confirms what we had suspected: the National Inventors Hall of Fame Museum in Akron, Ohio, has wound down to full stop. Its web site skirts the issue by talking of “construction,” but it’s the construction of the middle school that’s being built where the Hall of Fame used to be.

The National Inventors Hall of Fame Museum was named Inventure Place when it opened in 1995. Changing the name in 2002 was a good move, but it couldn’t change the lack of excitement within. This was an attraction that cost a reported $38 million to build, that had a full-time staff of 50, and yet the most interesting thing about it was its annual induction ceremony for new honorees.

We visited in the late 1990s and found a large building with hall galleries, multiple floors and a hubbub of activity. But the commotion was in the basement, where a traveling exhibit of vintage video arcade games was getting all the attention. We had the upper galleries — the Hall of Fame — to ourselves. A lot of gray panels with photos of old men and descriptions of their contributions to the world. 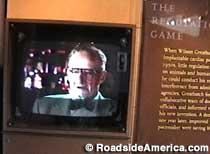 There were rare patent models in clear plexiglas boxes, but none of the crazy stuff we’d hoped to see. The Nat. Inventors HoF apparently wasn’t ready to make fun of itself, and at the same time didn’t have the intense, surreal self-focus of places like the National Plastics Hall of Fame or the Bowling Hall of Fame.

In one set of exhibits, the Inventors HoF carefully explained how an idea became a product or service. “The Regulation Game,” about laws, monopolies, and government interaction with business, seemed about the last thing to excite the next generation of inventors. The “Finding A Market” display, while dull, probably merited more attention from the attraction’s creators — because the Hall of Fame never found enough of a market to sustain its vision.

If only someone would re-open this attraction as the National Crackpot Inventors Hall of Fame, recognizing the visionaries who gave us the biblical airship and the Forevertron and the perpetual motion machine… but it’s too late now.