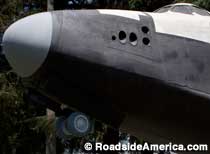 In late 2008 NASA announced that the Discovery, Atlantis, and Endeavor Space Shuttles would be given away when they were retired. It accepted proposals from any attraction willing to pay the transportation and upkeep (an estimated $30 million apiece), and wound up with two dozen hopefuls. NASA has steadfastly refused to identify them over the ensuing months, but a little sleuthing produces a list of publicly declared and widely speculated candidates:

The sites in Kansas and New Mexico have since dropped out for budgetary reasons. London might as well forget it. NASA has all-but-promised Discovery to DC’s museum, which in exchange would give up its currently-on-display Enterprise test Shuttle as a consolation prize.

That still leaves three big spacecraft. Who gets them?

NASA says that the Shuttles must be displayed indoors. This has spurred several hopefuls to start fundraising for multi-million-dollar glamour hangars (One bold museum has already built theirs). The winning candidates also have to be next to a runway big enough to land a 747/Shuttle combo (NASA doesn’t want a Shuttle cut up and trucked anywhere). And, for political reasons, at least one Shuttle should wind up in the Midwest and one on the West Coast.

Runway access cripples the chances of several favorites, including the Johnson Space Center and the U.S. Air Force Museum (which has a surprisingly wimpy World War II-era runway). In fact, with these two (and the Cosmosphere) gone, the Midwest suddenly opens up for a surprise candidate: the Tulsa Air & Space Museum, which is not a place that anyone (outside of Tulsa, Oklahoma) would have thought of as a parking spot for a Space Shuttle. 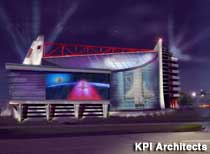 Tulsa has seized the moment. It has launched a “Land The Shuttle” campaign complete with illustrations and bullet-point lists meant to woo NASA. It has the runway. It has maintenance facilities. And it wants to show off its Shuttle in a 15-story-tall glass pavilion that will display it both horizontally and in launch position (Tulsa built the lifting frame that does the same thing with Space Shuttles in Florida).

It’s a good sell, and we wish Tulsa luck. We want the Shuttles to at least end up somewhere. The only other alternative is one proposed by cantankerous Buzz Aldrin, who reportedly said at a Kennedy Space Center dinner that he’d rather blast all three into orbit and visit them there.