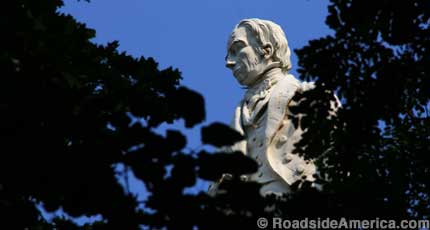 However, if you were one of the non-essentials who patiently sheltered for a year, it’s smart to test the waters first. Carefully focus on a single place that — even in normal times — defied popularity.

The monuments we’ve selected go unnoticed, forlorn, often tethered to a sad story. But at least that sad story isn’t about a bunch of unmasked dopes breathing pestilence on each other and then bringing the bad news home. No — these stories deserve a fresh look, without crowds. 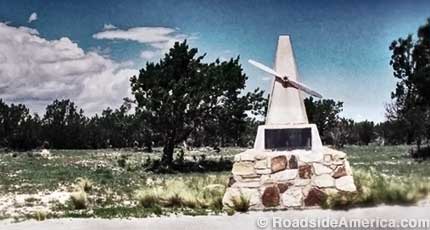 Frank Kindel was a vital link between the outside world and the people who lived way out here. Like an Uber Eats barnstormer, he selflessly served the news-hungry with his air drops. Then he crashed, way out here. 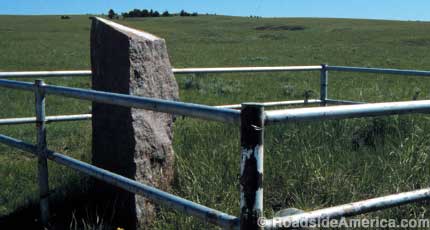 “Where’s the first place you want to visit after this crazy pandemic?” Silly question! Years ago, the Mother Featherlegs Prostitute Memorial stood along the busy Cheyenne-Deadwood Stage Road. Now it’s a gravel road through the badlands of Wyoming.

Despite being made famous by Oscar-winning Leonardo DiCaprio in The Revenant, Hugh Glass’s battle site is lightly frequented. The isolated monument sits on a treeless butte that doesn’t look a bit like the movie. 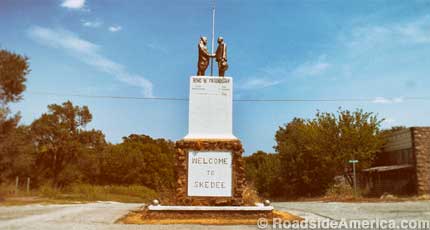 When built, this towering tribute to White-Native American economic partnership was at the center of a bustling community. Now it’s a ghost town; it’s as if everyone used their petroleum windfalls to move far away from Skedee.

Willie Keil was the only person to travel the entire length of the Oregon Trail without expelling a breath. His grave, now a wayside stop in the damp Willapa Valley, is a long drive from population centers. 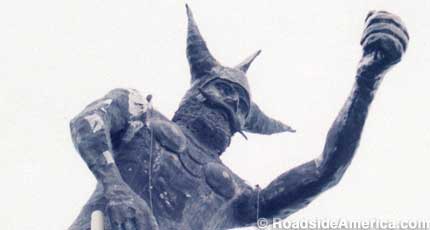 The Norsemen were incorrigible wanderers, crowded on longships, packed antler-to-elbow at meade hall happy hours. The sagas foretold that they would never follow CDC guidelines. Yet they endure, blond and ginger-bearded giants in mini-golfs and midwestern towns with Scandinavian heritage. In contrast, this quirky warrior is seemingly punished by Odin with a sentry post atop a steep hill, far from the nearest interstate.

An airplane crash, deep in the Pine Barrens scrub forest, is marked for remembrance by a solitary, carved memorial. Mr. Carranza was trying to be the first to fly from New York City to Mexico City. He didn’t get far.

How can something this big be so forgotten? It helps that it’s in a relatively remote part of Pennsylvania, and built on a hillside where no one can see it. 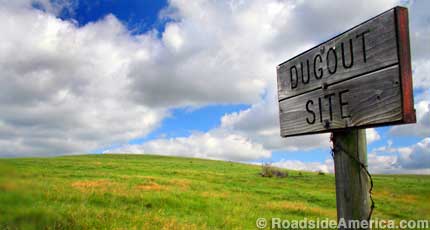 He Killed Lincoln’s Killer, Then Lived in this Hole – Concordia, Kansas

After shooting dead John Wilkes Booth, Boston Corbett left the Federal Army, dug a hole in the prairie, and lived in it. He was crazy, and you may question your own sanity after driving out here.