The Hollywood Wax Museum has been open since 1965. And its owner has decided it’s time to clean out the closets. 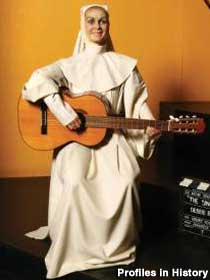 A “Wax Auction” is to be held online on May 1, with the museum selling around 200 of its older dummies. “I love Mr. T,” said Tej Sundher, the third-generation owner of the museum. “But his relevance has slowly disappeared over time.” Other 1980s celebrities on the block include Cyndi Lauper, Kenny Rogers, and Arsenio Hall. “They still have a strong following,” said Sundher, tactfully, “but they don’t have a strong enough following to be exhibited.”

So why are Jesus and Ronald Reagan for sale? Sundher said that the museum wasn’t dumping them for new, hipper gods — just replacing them with better dummies made with new technology. “These figures were fine for their time,” he said. But “there’s been a dramatic change in quality” (and respectability) over the past decade, and the museum needed to keep pace with its competition. 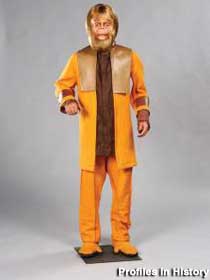 Many of the dummies are being sold as sets, such as the cast members from Star Wars and M*A*S*H. “We didn’t have the heart to break them up,” said Sundher. “And it wouldn’t be fair to collectors to chase all the figures separately.” The museum is also selling some of the original props worn by the dummies, “authentic pieces that should be exhibited in glass cases,” according to Sundher, such as Dan “Hoss” Blocker‘s Bonanza gun belt and Hugh Hefner’s pajamas.

Sundher said that response thus far has been “amazing” and that he’d already been interviewed by German and South Korean TV. “The Hollywood brand travels the world,” he said. “People everywhere say, ‘I’d like to have one of these in my front room.'”