The next time you hear or read someone dismissing roadside attractions as a waste of brain space, tell them about Mr. Chicken.

Mr. Chicken — who happens to be an alligator* — lives at Gatorama in Palmdale, a classic Florida attraction started by the legendary late Cecil Clemens. It’s an unlikely place for anything cerebral, unless you count the sun-bleached skulls of the alligators killed by Goliath, Gatorama’s biggest and meanest resident. 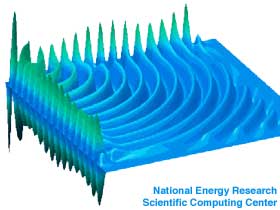 Thankfully for science, Mr. Chicken evaded Goliath’s wrath and became the subject of a field study by Boston University undergraduate Peter Moriarty. Peter played gator calls to Mr. Chicken, Mr. Chicken responded with infrasonic rumbles, and the rumbles rising from his back produced patterned “Faraday waves” on the surface of his swampy pond. According to an article in Science News, these weird patterns — linked to instability and wave function in quantum theory — have never before been seen produced by something other than a man-made device. Apparently Mr. Chicken (and most other alligators) have been doing it for eons.

Peter has reportedly built a replica of an alligator’s back so that he can attempt to recreate Mr. Chicken’s talent in the lab. 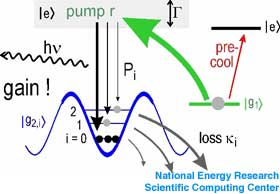 Roadside attractions like Gatorama have long been an untapped resource for our intellectual elite. Thanks to Mr. Chicken, perhaps the intelligentsia will now recognize their value. Only then can our mermaids teach aquatic scientists how to live under the sea, and our flying saucer builders provide the breakthrough schematic that will get us to Mars, or somewhere closer to it.

*Mr. Chicken the alligator should not be confused with the other Roadside-worthy Mr. Chicken, who oddly enough is also not a chicken.