« Elephant Graveyard? Not At Mister Ed’s | Main | Pancho Villa Is Gone, His Finger Lives On »

Sarah Winchester: No Sane, No Shame 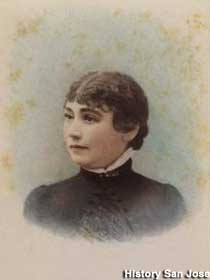 A book written by a California history professor claims to set the record straight on Sarah Winchester, the reclusive millionaire whose Winchester Mystery House in San Jose, CA, continues to baffle the rest of us.

Until now, everyone seemed to have agreed that Sarah Winchester was, well, nuts, a woman convinced that the ghosts of Indians who’d been killed by her husband’s Winchester rifles had killed him and would kill her, too, unless she lived in a house too confusing for them to find her.

Not so, writes Mary Jo Ignoffo in her book, “Captive of the Labyrinth.” Ignoffo dismisses Winchester’s 38 years of continual building — her house had 160 rooms and many secret passages — as simply Sarah’s generous way of keeping local workers employed, and also as a clever ruse to discourage relatives from stopping by (Ignoffo says that Sarah was embarrassed by her gnarled hands and lack of teeth). 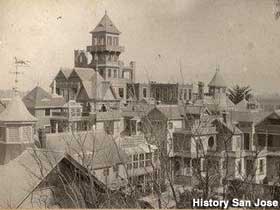 The famous stairs-and-doorways-to-nowhere in the House in fact did go somewhere, claims Ignoffo, but those parts of the house were knocked down in the 1906 San Francisco earthquake. Sarah simply had their ends bricked up later.

Is Ignoffo is correct?  Must it be renamed the Winchester Easily Explained House? We don’t think so.  You don’t build something like Millennium Manor or Pasaquan because everything is normal. You do it to survive Armageddon, or because voices in your head tell you to — or to outwit dead killer Indians. And building hundreds of rooms to hide your hands and gums is enough of a mental misfire to meet our standard of what’s crazy and what isn’t.

3 Responses to “Sarah Winchester: No Sane, No Shame”