« Last Chance To Drive The Lone Ranger Road | Main | Elvis Is Alive! Museum Is Back On eBay » 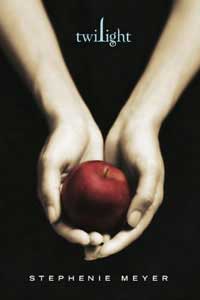 An article in the Medford Mail-Tribune calls attention to the damp town of Forks, Washington, which has become a destination magnet for “giddy teenagers.” That’s because it’s the setting of the popular Twilight book series, which blends young, true love with teen vampires and werewolves. Forks is doing its best to give its youthful pilgrims something to see, with popular spots including the town’s ball field, its beach, and its drive-in restaurant that gives out plastic vampire teeth.

Forks has picked up where Snoqualmie, North Bend, and Roslyn, Washington, left off. Those were the towns where the TV shows Twin Peaks and Northern Exposure were filmed in the early 1990s, when most Twlight fans weren’t yet able to read. Those towns, too, did what they could to cater to crowds of acolytes, and they had an advantage in that they were actually used as locations. Forks, the Mail-Tribune explains, hadn’t even been visited by the author (who lived in sunny Arizona) when she wrote the first book.

An additional obstacle to Forks’ long-term success is the Twilight movie, which is scheduled to open this November. It was filmed — not in Forks, but in Kalama, Oregon. Will the teens in 2009 flock to the town that’s described in words, or the one that they can see on a screen? Could be another Real Groundhog Day Town (Punxsatawney, PA) vs. Movie Location Town (Woodstock, IL) situation. We hope that both living and undead flourish, although the Forks drive-in may want to hold off ordering that second pallet-load of fanged choppers.