Dr. Mütter: Surgeon Behind the Specimens

Philadelphia’s Mütter Museum started as the ultimate cabinet of curiosities, and for all the right reasons.

Since our very first visit, we’ve loved it and its world-class collection of 19th century pathological specimens and anatomical models. Walls of skulls, organs in jars, cutaway brains, rows of eyeballs… a perfect blend of elegance and oddity. Unlike a full-body road trip rash, museums such as this don’t just spontaneously appear; they are the result of careful and dedicated collecting and preservation. 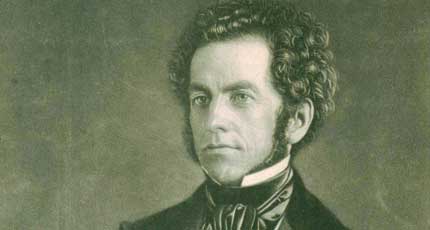 The Mütter Museum started with the bequeathed collection of the museum’s namesake, Thomas Dent Mütter, a pioneering Philadelphia surgeon and medical school teacher. The first biography about Mütter’s life, researched and penned by author/poet Cristin O’Keefe Aptowicz, vividly reconstructs the wild world of medical science circa 1820-1860, and how important Mütter was to some of its advances. It’s essential reading for  Mütter Museum fans and anyone interested in medical history (or who enjoy Steven Soderbergh’s cable drama The Knick). 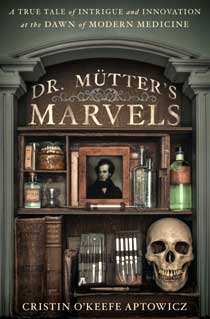 In Dr. Mütter’s Marvels: A True Tale of Intrigue and Innovation at the Dawn of Modern Medicine, Aptowicz transplants the reader ringside into the first American operating theaters. Fully awake patients were cut open without anesthetic by doctors with unwashed hands and filthy instruments.

Mütter himself was fastidious, washing his hands before surgery. He was also a clotheshorse, dressing in colorful, expensive outfits that stood out among the stodgy hues of other surgeons. Yet he was respected for his surgical precision, his attention to detail, and, eventually, his groundbreaking ideas.

Young Mütter studied in Paris (where he acquired one of his first pieces — a wax model of a French woman with a horn growing out of her forehead). In Philadelphia, as a teaching doctor at the new Jefferson Medical College, he ultimately imported the best techniques he’d learned from Europe.

Medical students were trained about maladies, disease and injury by viewing specimens and handling anatomical models. Mütter acquired and preserved these valuable aids throughout his career. 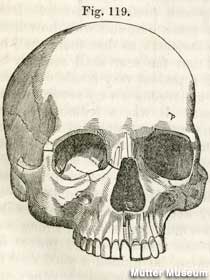 Aptowicz also chronicles fascinating medical politics and professional rivalries. It’s hard to imagine, but there was broad doctor resistance to the use of anesthesia when it was discovered. “Dr. Mütter’s Marvels” describes how that game-changer advanced among the old guard and the new thinkers. Mütter apparently got it right away, and worked to convince his colleagues that there were better ways to judge effective surgery than by the volume of the patient’s screams.

In contrast to the bedside manner practiced at the time (which was essentially no bedside manner) Dr. Mütter was compassionate and interested in his patients as individuals.

Dr. Mütter had a special interest in “monsters” — people disfigured by accident, disease or congenital defect. Pickled specimens helped him and his students strive for cures and surgical solutions to conditions long thought incurable. His goal was always to return these “monsters” to normal lives. 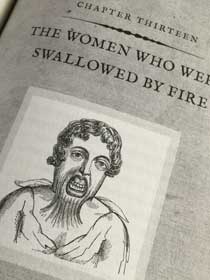 One example detailed by Aptowicz: treatment for women with horrible burns on their jaws and necks, from mishaps such as kitchen cooking fires igniting their layers of restrictive clothing. The resulting face melting might leave the victim alive but permanently disfigured, neck and jaw contorted. Mütter devised a radically innovative procedure, today still called the “Mütter Flap,” where healthy and flexible back and shoulder skin of a burn victim would be pivoted up to replace the immobile scarred tissue on the neck and jaw. Mütter was a pioneer in plastic surgery.

Dr. Mütter, often ill himself, died young at age 47. Aware his days were numbered, he was determined to teach beyond the grave with his extensive hoard of specimens and models. He willed his collection and an endowment in 1858 to a professional society, the College of Physicians of Philadelphia, who constructed a building to house it all. The museum opened to medical students and professionals in 1863.

Dr. Mütter’s Marvels: A True Tale of Intrigue and Innovation at the Dawn of Modern Medicine (Gotham, 384 pp)

(Photos: Woodcut from Lectures on the Operations of Surgery by Robert Liston, with numerous additions by Thomas Dent Mütter; From the Author’s personal collection.)

Sections: Attraction News Comments Off on Dr. Mütter: Surgeon Behind the Specimens