Defying the wrath of Illinois’ once most powerful politician, the Lincoln Log Cabin in Lerna, Illinois, is back in business on April 22. 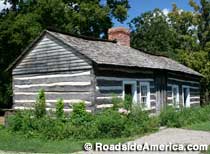 The Lincoln Log Cabin is actually the cabin of Abe Lincoln’s parents, not of Abe himself. Perhaps this slightly misleading advertising — which turns a log lemon into Lincoln lemonade — was what triggered the wrath of disgraced ex-Illinois Gov. Rod Blagojevich, who shut the cabin down last year.

Or, maybe he was just crazy. Probably crazy; he shut down the Chief Black Hawk statue as well. 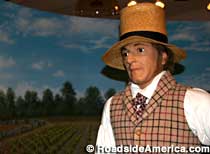 2009 has seen a complete turnaround in this sad state of affairs. Blagojevich was kicked out of office in January. Chief Black Hawk was reopened in March. And now the Lincoln Log Cabin has been reopened as well — although only through June 30. Illinois’ new governor has, however, pledged to keep it open after June 30, noting that “in this Lincoln bicentennial year, closing tourist attractions is not good business.”