Your Grandparents Saw This 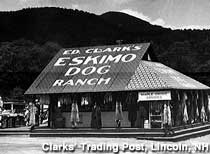 In our mad rush to get places and see things, we are usually oblivious to just how long that snake farm or hub cap museum has been open for business. Could our parents have seen that petrified Arabian giantess? Our grandparents???

We were reminded of that by an article in the Manchester Union Leader, which noted the birthday of New England’s premiere animal attraction, Clark’s Trading Post. It’s been entertaining the motoring public for 80 years.

No one disputes that roadside tourism can be both cruelly Darwinian (“Survival of the Fittest”) and Kiplingesque (“Law of the Jungle”). But crepe-hangers would have us boo-hoo that all of the great old places are gone, and that’s simply not true.

A moment’s thought — in no way comprehensive — brought to mind Gatorland, which turned 60 this year, and Weeki Wachee, which is 61; Rock City has been in business for 76 years, and Wall Drug for 77. The Genoa Wonder Tower, a remarkable Roadside survivor, has been open for 82 years. 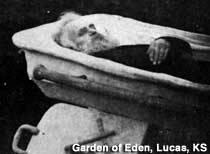 When your grandparents saw the Garden of Eden (it turns 100 this year), Sam Dinsmoor was on display, and just as dead as he is now — only a little less green.

And on Pop-Pop and Grand Nana’s trip to the St Augustine Alligator Farm (now 115 years young), they would have huddled around the same gator wrestling pits, and ridden on giant tortoises still alive today.

One Response to “Your Grandparents Saw This”